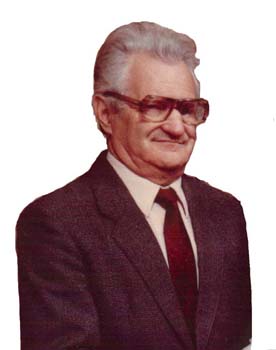 Natan Gimelfarb was born in 1924 in Krasilov, a small Jewish village in Ukraine, part of the Russian Pale of Settlement. Born to a family of modest means, but high ideals, Natan enjoyed a happy childhood until the Holodomor took away both of his parents. Shortly after the start of the Great Patriotic War, Natan sneaked into the army as a volunteer despite being under age. He was severely injured in a battle for Krasnohrad in 1941 and was honorably discharged from the army. Natan initially studied geology at the Grozny Petroleum Institute in Chechnya, but then transferred to Odessa and graduated as an engineer in Canning and Refrigiration Technology. He started work as an engineer in Minsk, Belarus. He made a number of technical contributions to the industry, including several U.S. granted patents. He rose to a position of Director where his honesty, work ethic, and concern for workers and fairness allowed him to significantly improve the operation of the plants he was inolved with. As was common in Russia, anti-Semitism presented itself at every step, demanding a higher degree of excellence than would otherwise be required. At a level of director, even perfection would not be enough. After many years of loyal service, Natan faced persecution by the Soviet authorities. His spotless record allowed him to successfully defend himself in public procedures where few have been successful.

Natan has had a life-long passion for chess.

Natan immigrated to the United States in 1992.

Please email natan@gimelfarb.com if you have any questions or comments. Please direct inquiries regarding Motherland, the English translation of Notes of a Persecuted Director to motherland@gimelfarb.com

Entire written works in Russian can be downloaded for private reading at no charge. Selected books can be purchased in paperback online using buttons below or through a Mail/Fax Order Form.

Notes of a Persecuted Director by Natan Gimelfarb

An autobiography of Natan's life. Written in 1999.

Part I Pictures (Russian, 5 pages, b)

Motherland: Notes of a Persecuted Director, A Memoir about Jewish Life in the Soviet Union

An English translation of Notes of a Persecuted Director. Translated in 2010.

Memories of War and Rebuilding of the Meat Industry (Russian, b) - Featured in the May 2010 issue of the Russian Meat Industry Magazine

Poems for Friends and Loved Ones (Russian, 166 pages, b) - Last Updated:

Stories About My Family, Close Friends, and Myself (Russian, 121 pages, b) - Last Updated: